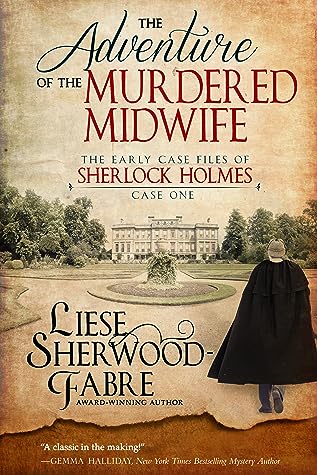 When Sir Charles Baskerville is found suspiciously dead, his friend, Dr. James Mortimer asks Sherlock Holmes to look into the death. While the cause of death is determined to be a heart attack, Mortimer suspects foul play and fears that Sir Charles’s nephew and sole heir, Sir Henry Baskerville, may be in danger next. At the center of the investigation is the curse of the Baskervilles, which dates back to the time of the English Civil War. Supposedly the family’s ancestor, Hugo Baskerville, sold his soul to the devil, and the family has been haunted by a large spectral hound ever since. Because Sir Charles was found with a look of horror on his face when he died, appeared to be running away from something, and large paw prints had been found near his body, there is reason to believe that the “Hound” may have returned. The details of the case spark the interest of Sherlock and he agrees to take up the case. “The Hound of the Baskervilles,” is the third of Sir Arthur Conan Doyle’s Sherlock Holmes novels and is widely regarded as one of his best. This edition is printed on premium acid-free paper.

This is by far my favorite book by Sherlock Holmes and a true tour de force. I absolutely love the gothic and eerie feeling of this book. The narrative is based on Watson’s letters and diary, and through Watson’s eye we witness the implied threat of the moor, the foggy and gloomy weather, and the spectral hound.

Doyle creates this gothic and supernatural atmosphere that seems to give explanation for all the terrifying things that are happening on the moors. And it is this very atmosphere of doom that makes this such a suspenseful book.

It is hard to believe that Doyle got tired of writing this wonderful character. This book is a classic. Hard to imagine a world with Agatha Christie or her beloved detective, Hercules Poirot, without the contribution that Doyle and Sherlock Holmes made to this genre.

This book is on my list in The Classics Club Challenge.