The year is 2059. Nineteen-year-old Paige Mahoney is working in the criminal underworld of Scion London, based at Seven Dials, employed by a man named Jaxon Hall. Her job: to scout for information by breaking into people’s minds. For Paige is a dreamwalker, a clairvoyant and, in the world of Scion, she commits treason simply by breathing.

It is raining the day her life changes for ever. Attacked, drugged and kidnapped, Paige is transported to Oxford – a city kept secret for two hundred years, controlled by a powerful, otherworldly race. Paige is assigned to Warden, a Rephaite with mysterious motives. He is her master. Her trainer. Her natural enemy. But if Paige wants to regain her freedom she must allow herself to be nurtured in this prison where she is meant to die.

First I’d like to apologize for how long it took me to post this review. I finished reading this book a few weeks ago, but I was out of the country with limited internet access. The Bone Season was one of the books I’d been meaning to read since it was first released in 2013. Samantha Shannon is a prodigy for sure. I couldn’t even start to imagine coming up with these many ideas for a book at the tender age of twenty-two, much less sign a fabulous book deal to write a seven-book series.

The Bone Season is book one of the series and it does not disappoint. Wow, was all that was coming out of my mouth when I finished this book. I truly loved it. I liked Paige, the heroine, and Warden. The characters were complex and well-developed. This is a four hundred and fifty-page book that reads like it’s two hundred pages. It’s a real page-turner. I thought the descriptions of the fights and the action scenes were really well described.

The one complaint I have about the book was the fact that Shannon created this entire new vocabulary, and to understand it you have to consult the glossary at the back of the book. That was something that got pretty tiresome after a while, and the sole reason I’m not rating this book five stars. I’m definitely looking forward to the sequel. 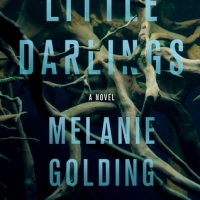