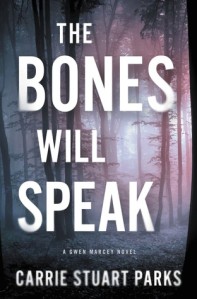 Just started this book last night but so far so good.

Forensic artist Gwen Marcey has become the target of a serial killer who believes he’s been appointed God’s executioner. In Copper Creek, Montana, Gwen Marcey is struggling to put together her life after cancer and divorce. When her dog retrieves a skull of a murder victim and leads her to the victim’s grave, Gwen uses her forensic art ability to identify a serial killer. She is horrified to discover all the victims look like her fourteen-year-old daughter.The murderer is a “lone wolf,” a member of the terrorist group Phineas Priesthood-and he has a score to settle with Gwen. Unraveling the tangled Christian Identity movement, where race-not grace-provides salvation, Gwen is in a frantic rush against time. She must use all her skills to uncover the killer before he can carry out his threat to destroy her and everyone she loves.

Could a nightmare be used as a murder weapon? That’s the provocative question confronting Gurney in the thrilling new installment in this series of international bestsellers. The former NYPD star homicide detective is called upon to solve a baffling puzzle: Four people who live in different parts of the country and who seem to have little in common, report having had the same dream—a terrifying nightmare involving a bloody dagger with a carved wolf’s head on the handle. All four are subsequently found with their wrists cut — apparent suicides — and the weapon used in each case was a wolf’s head dagger. Police zero in quickly on Richard Hammond, a controversial psychologist who conducts hypnotherapy sessions at a spooky old Adirondack inn called Wolf Lake Lodge. It seems that each of the victims had gone there to meet with Hammond shortly before turning up dead. Troubled by odd holes in the official approach to the case, Gurney begins his own investigation — an action that puts him in the crosshairs of not only an icy murderer and the local police but the darkest corner of the federal government. As ruthless as the blizzard trapping him in the sinister eeriness of Wolf Lake, Gurney’s enemies set out to keep him from the truth at any cost — including an all-out assault on the sanity of his beloved wife Madeleine. With his emotional resources strained to the breaking point, Gurney must throw himself into a deadly battle of wits with the most frightening opponent he has ever faced.

June has become the month of cozy mysteries 🙂

Susan Breen introduces a charming new series heroine in this poignant and absorbing cozy mystery with a bite. Maggie Dove thinks everyone in her small Westchester County community knows everyone else’s secrets. Then murder comes to town. When Sunday School teacher Maggie Dove finds her hateful next-door neighbor Marcus Bender lying dead under her beloved oak tree—the one he demanded she cut down—she figures the man dropped dead of a mean heart. But Marcus was murdered, and the prime suspect is a young man Maggie loves like a son. Peter Nelson was the worst of Maggie’s Sunday School students; he was also her late daughter’s fiancé, and he’s been a devoted friend to Maggie in the years since her daughter’s death. Maggie can’t lose Peter, too. So she sets out to find the real murderer. To do that, she must move past the grief that has immobilized her all these years. She must probe the hidden corners of her little village on the Hudson River. And, when another death strikes even closer to home, Maggie must find the courage to defend the people and the town she loves—even if it kills her.

What about you guys? Have you read any of these titles? Please share what you’re reading in the comments. 🙂