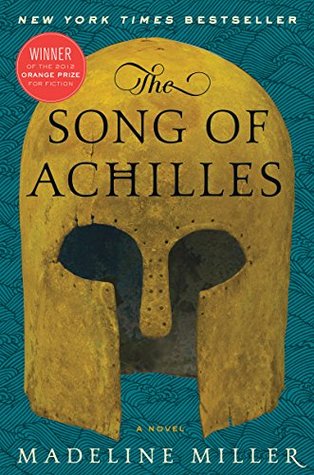 Greece in the age of heroes. Patroclus, an awkward young prince, has been exiled to the kingdom of Phthia to be raised in the shadow of King Peleus and his golden son, Achilles. “The best of all the Greeks”—strong, beautiful, and the child of a goddess—Achilles is everything the shamed Patroclus is not. Yet despite their differences, the boys become steadfast companions. Their bond deepens as they grow into young men and become skilled in the arts of war and medicine—much to the displeasure and the fury of Achilles’ mother, Thetis, a cruel sea goddess with a hatred of mortals. When word comes that Helen of Sparta has been kidnapped, the men of Greece, bound by blood and oath, must lay siege to Troy in her name. Seduced by the promise of a glorious destiny, Achilles joins their cause, and torn between love and fear for his friend, Patroclus follows. Little do they know that the Fates will test them both as never before and demand a terrible sacrifice.

I just realized this book was first published in 2011. Oh, how I wish I had known about this book back then! Luckily, it’s never too late to find a gem–and this book is truly a gem! Even if you have never heard the expression Achilles’ heel, or known that you have a tendon named after the guy, or maybe you are not into Greek mythology, or never heard or read the Iliad, you can still enjoy this book.

That’s the magic that Madeline Miller brought to these pages. She has made a classic story accessible to everyone, young and old. Her prose is lyrical, poetic, and beautiful–but never in a snobbish way.

The plot revolves around the Trojan War, and we learn about Achilles from Patroclus’ eyes. That, my friend, makes all the difference in this book.

Patroclus is Achilles’ closest friend and because of his love for Achilles, we see a more humane version of the Greek hero.

This book has left me crying and wishing for more. I highly recommend this delightful book about love and friendship.

“We were like gods at the dawning of the world, & our joy was so bright we could see nothing else but the other.” 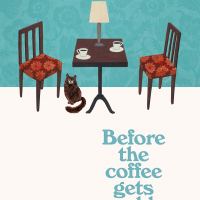