The lives of the Barretts, a normal suburban New England family are torn apart when fourteen-year-old Marjorie begins to display signs of acute schizophrenia.
To her parents’ despair, the doctors are unable to stop Marjorie’s descent into madness. As their stable home devolves into a house of horrors, they reluctantly turn to a local Catholic priest for help. Father Wanderly suggests an exorcism; he believes the vulnerable teenager is the victim of demonic possession. He also contacts a production company that is eager to document the Barretts’ plight.

A Head Full Of Ghosts had been on my TBR for about five years since I read and reviewed Paul Tremblay’s book Disappearance at Devil’s Rock, so I was glad to see it displayed at my local library as suggested reading for Halloween.

I have to say that it took me a moment to recollect my thoughts before writing this review. I went into this book completely cold. I never read any reviews on it or even a complete synopsis of the book. I highly advise you to read this book with as little information as possible, which makes writing a review about it even more difficult.

A Head Full Of Ghosts is a book divided into three parts and told from the POV of Merry, the Barretts’ eight-year-old daughter, and her interpretation of the events.

The first part of the book starts fifteen years early by giving us a glance at the Barretts, a fairly normal Massachusetts family composed of dad John, mom Sarah, and the two daughters, Marjorie, fourteen, and Merry, eight. Since the book is told from Merry’s perspective, we get to see the close relationship the two sisters shared with each other. Tremblay overlaps the story by introducing present-day scenes of Merry, now twenty-three, being interviewed by an author who’s writing a book about the events that happened with the family, in particular with Marjorie who started to display signs of acute schizophrenia. As the family’s life starts to crumble apart and Marjorie’s mental illness progresses, John decides to seek the help of a local priest who is convinced that Marjorie’s problems are not mental health issues at all but rather the product of demonic possession and that they should perform an exorcism.

Without going too much into the plot, it suffices to say that the Barretts not only agree with the exorcism but also allow for the process to be televised in a reality tv show called The Possession.

So, let me stop right here to tell you that what made this story worthwhile for me was not the concept of exorcism–and that alone might turn off some readers.

Don’t get me wrong, this book is sheer horror. Not that in-your-face sort of horror, but more like building up tension and suspense. I actually found this book a mixture of terrifying and sad at the same time.

What I absolutely loved about this book was how Tremblay handled a delicate subject such as mental illness and the pitfalls of today’s society, the internet, misogyny, and the role of religion in the treatment of mental health.

Although this book was written six years ago, Tremblay’s social criticism on this topic is still relevant, especially on a day like today in honor of World Mental Health Day. 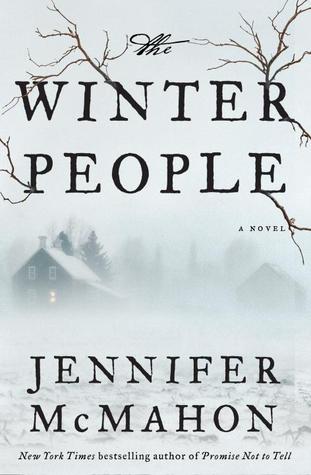 West Hall, Vermont, has always been a town of strange disappearances and old legends. The most mysterious is that of Sara Harrison Shea, who, in 1908, was found dead in the field behind her house just months after the tragic death of her daughter. Now, in present-day, nineteen-year-old Ruthie lives in Sara’s farmhouse with her mother, Alice, and her younger sister. Alice has always insisted that they live off the grid, a decision that has weighty consequences when Ruthie wakes up one morning to find that Alice has vanished. In her search for clues, she is startled to find a copy of Sara Harrison Shea’s diary hidden beneath the floorboards of her mother’s bedroom. As Ruthie gets sucked into the historical mystery, she discovers that she’s not the only person looking for someone that they’ve lost. But she may be the only one who can stop history from repeating itself.

Okay, so I finished this book early this morning, but I had to head to work so I couldn’t sit down to write a proper review, so here it goes!
I loved, loved, loved this book. Definitely a contender to my top 5 books of 2020 so far. It is apparent that Jennifer McMahon has gotten most of her inspiration from reading Stephen King (more specifically–Pet Sematary). Although I’m a huge fan of Stephen King, I don’t always enjoy other authors who try to write in the same style. Let me clarify this! McMahon is not really writing in a Stephen King style. She has a style of her own, and it’s a pretty good one.
The book is told from different POVs, Sarah–a woman living in the early 1900s, Ruthie–a nineteen-year-old living with her widowed mother and little sister, and Katherine–a woman in search of explanations regarding the last hours of her dead husband. Although the story is told by multiple POVs, it never feels choppy. McMahon is able to maintain the suspense throughout the novel. There were some pretty awesome hair-raising and goosebumps-behind-your-neck moments, and the writing was superb. I definitely recommend it to fans of this genre. Solid 5 stars.

When Dr. Louis Creed takes a new job and moves his family to the idyllic and rural town of Ludlow, Maine, this new beginning seems too good to be true. Yet despite Ludlow’s tranquility, there’s an undercurrent of danger that exists here. Those trucks on the road outside the Creed’s beautiful old home travel by just a little too quickly, for one thing, …as is evidenced by the makeshift pet cemetery out back in the nearby woods. Then there are the warnings to Louis both real and from the depths of his nightmares that he should not venture beyond the borders of this little graveyard. A blood-chilling truth is hidden there—one more terrifying than death itself, and hideously more powerful. An ominous fate befalls anyone who dares tamper with this forbidden place, as Louis is about to discover for himself.

There is a reason why Stephen King ranks Pet Sematary as one of the scariest books he’s ever written. The idea for the book came from his experience living in rural Maine. A worst-case scenario meets what if when his young son is almost hit by a truck on a busy street across from his house.

Louis Creed and his family, wife Rachael and children Ellie and Gage, move from Chicago to their new home in Maine. Life seems perfect with Louis’s new job as a college physician, a beautiful New England home with a large backyard that abuts a sacred Native American land, a Pet Sematary, and friendly neighbors–Jud and Norma. When Louis witnesses the tragic death of Victor Pascow, he is later haunted by Pascow’s ghost who visits him at night and shows him the barrier at the Pet Semetary that must not be crossed.

I don’t want to spoil too much, but needless to say that this Pet Semetary has more than meets the eye and when the family cat, Church, is run over by a truck and dies, Louis will consider the unthinkable just to make his family happy.

I first read Pet Sematary when I was in my early teens. I remember being horrified by it. I remember watching the first Pet Sematary movie made in the early 90s and not being able to sleep at night. Re-reading it again in 2019 has been a completely different experience, but not any less horrifying. If anything, it scared me a lot more now that I have children and cats!

The book is structured in three parts all from Louis’s point of view. The climax comes closer to the end of the book, but as always, Stephen King is a master at building suspense. He spares no one of his descriptions full of horror and the macabre. The plot of this book is every parent’s nightmare, and the magic of this story is that King is so good at making all these characters so relatable. I recall reading parts of this book that seemed completely insane and thinking, “I can see why he’s doing it.”

Although there is a new Pet Sematary movie coming out this month. I feel less than thrilled about seeing it. The movie trailer showed that a central element in the plot is completely changed for this movie version.

Pet Sematary, the book, will still go down as one of the best pieces of horror fiction ever written, and it still ranks in my top five all-time best horror books.