His wife has left him, his father is sinking into dementia, and Marcos tries not to think too hard about how he makes a living. After all, it happened so quickly. First, it was reported that an infectious virus has made all animal meat poisonous to humans. Then governments initiated the “Transition.” Now, eating human meat—“special meat”—is legal. Marcos tries to stick to numbers, consignments, processing.

Tender Is the Flesh, original title Cadáver exquisito, by Augustina Bazterrica is an Argentinian dystopian novel. The book takes place in a not-so-distant future when animal protein is no longer available for human consumption because it has been infected by a virus fatal to humans. After what has been termed the transition, humans quickly come up with an alternative substitute for the lack of animal meat.

“After all, since the world began, we’ve been eating each other. If not symbolically, then we’ve been literally gorging on each other. The Transition has enabled us to be less hypocritical.”

Tender Is the Flesh is a bleak and disturbing story with a very strong agenda. Although the novel was the recipient of several awards, including the Premio Clarin de Novela in 2017 and Goodreads Choice Award for Horror in 2020, at times I felt this novel was part of PETA’s shock-value animal rights campaign to promote a vegan lifestyle. What would happen if the tables had turned and now humanity had to treat their fellow humans with the same disregard as it treats other animals? Argentina is the world’s fifth-largest beef exporter, behind countries like Brazil and the United States, and the world’s second-highest meat consumer. It is no surprise that a novel with such a strong stance on the future of humanity as it relates to meat consumption came from a place glorified by its high-quality beef.

Unfortunately, although the premise was an interesting one, from a literary perspective, this novel falls short. In parts, probably due to being a translation from Spanish. This is one of the worst books I have ever read and one of the few 2-stars ratings I bothered to write a review.

The only positive note on this book is that this is a short novel of about 200 pages which provided me with only 2 hours of misery. 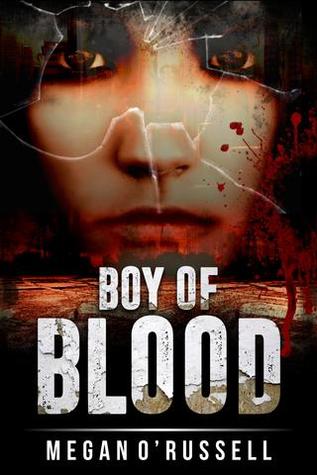 The year is 2059. Nineteen-year-old Paige Mahoney is working in the criminal underworld of Scion London, based at Seven Dials, employed by a man named Jaxon Hall. Her job: to scout for information by breaking into people’s minds. For Paige is a dreamwalker, a clairvoyant and, in the world of Scion, she commits treason simply by breathing.

It is raining the day her life changes for ever. Attacked, drugged and kidnapped, Paige is transported to Oxford – a city kept secret for two hundred years, controlled by a powerful, otherworldly race. Paige is assigned to Warden, a Rephaite with mysterious motives. He is her master. Her trainer. Her natural enemy. But if Paige wants to regain her freedom she must allow herself to be nurtured in this prison where she is meant to die.

First I’d like to apologize for how long it took me to post this review. I finished reading this book a few weeks ago, but I was out of the country with limited internet access. The Bone Season was one of the books I’d been meaning to read since it was first released in 2013. Samantha Shannon is a prodigy for sure. I couldn’t even start to imagine coming up with these many ideas for a book at the tender age of twenty-two, much less sign a fabulous book deal to write a seven-book series.

The Bone Season is book one of the series and it does not disappoint. Wow, was all that was coming out of my mouth when I finished this book. I truly loved it. I liked Paige, the heroine, and Warden. The characters were complex and well-developed. This is a four hundred and fifty-page book that reads like it’s two hundred pages. It’s a real page-turner. I thought the descriptions of the fights and the action scenes were really well described.

The one complaint I have about the book was the fact that Shannon created this entire new vocabulary, and to understand it you have to consult the glossary at the back of the book. That was something that got pretty tiresome after a while, and the sole reason I’m not rating this book five stars. I’m definitely looking forward to the sequel.

A group of young adults awake in a mysterious enclosed space with no knowledge of who they are or how they got there…and an indomitable young woman must lead them not only to answers but to survival.

A young woman awakes trapped in an enclosed space. She has no idea who she is or how she got there. With only her instincts to guide her, she escapes her own confinement—and finds she’s not alone. She frees the others in the room and leads them into a corridor filled with the remains of a war long past. The farther these survivors travel, the worse are the horrors they confront. And as they slowly come to understand what this prison is, they realize that the worst and strangest possibilities they could have imagined don’t even come close to the truth.

Alive is one of those books which the premise alone made me drop everything else I was reading to start reading this book. I had read very few reviews on this book, and the author has requested that very little detail about the book be given. I don’t think I’m the sort of reviewer that reveals spoilers in books, but I have to admit that I struggled while writing this review in fear of giving too much away.

This is my first book by Scott Sigler and the first book of The Generations Trilogy. I love dystopian novels and that drew me to this story. Unfortunately, I was a little disappointed as I started to read and recognize themes very similar to other famous dystopian novels. This is not a bad book, and although the story is interesting and fast paced the storyline is not very original. I’m looking forward to the next books in this series, and hopefully a departure from these familiar dystopian themes.