It is 1887. London is a city preparing for the celebration of Queen Victoria’s Golden Jubilee, and Veronica is burying her spinster aunt. Orphaned Victoria is now free to resume her adventures and world travels. When she successfully defeats her own attempted abduction thanks to the help of a German baron, she is forced to seek sanctuary at the care of a man named Stoker. Shortly before the baron reveals what he knew about her attempted abduction; the baron is found murdered. Now, Veronica and Stoker are on the run searching for the truth about her assailant.

I’m going to start by saying that I’m probably in the minority here. I had read and heard raving reviews about this book and series, and I even bumped other books in my list to read this one first. So, what happened? Well, I’d like to start by saying that I love a strong female character. I have no problem reading historical fiction books that depict smart, independent women. The book, overall, is well written and I enjoyed the sparkling dialogue between Veronica and Stoker. However, the problem I found with Veronica Speedwell was that she just wasn’t that nice of a person. Witty, smart, and independent–yes. However, she was also extraordinarily narcissistic and insensitive. At the start of the book, she is attending the funeral of her aunt that adopted her, and she is lamenting the fact that she can’t even shed a tear over her aunt’s death? Another problem I found was with the mystery itself, which I found rather blah.

The book started slowly for me, and I struggled to get into it until chapter eight. After that, I was interested in the book for a while, and certainly enough to finish the book, but not enough to be looking forward to reading the next books in this series. 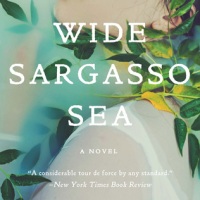