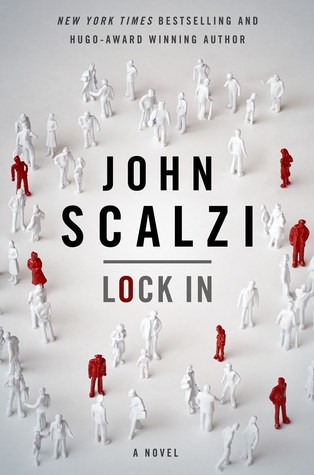 Lock In is my sci-fi book club pick for the month of August. I had never read anything by John Scalzi, and I wasn’t very sure where I was getting my self into. I was hooked right from the first pages. The premise that a highly contagious virus, worse than the flu, rendered its victims in a state of “lock in,” where victims are fully awake and aware but unable to move or respond to anything, was an absolutely horrifying concept. Victims of this virus are affected with Haden’s Syndrome, named after Margaret Haden, the first lady of the United States of America. In a way, this book reminded me of the board game Pandemic.

Any thoughts?📚
🇺🇸 Happy 4th of July to my peeps in the US! 🇺🇸 Happy Thursday to everyone else! 📚 🍔 🏊‍♀️
#owlcrate

© A Wondrous Bookshelf, 2015-2019. Unauthorised use and/or duplication of this material without express and written permission from this blog’s author and owner is strictly prohibited. Excerpts and links may be used, provided that full and clear credit is given to A Wondrous Bookshelf with appropriate and specific direction to the original content.

A Wondrous Bookshelf is licensed under a Creative Commons Attribution-NonCommercial-ShareAlike 4.0 International License.
The Frugal Crafter Blog

Honoring Our Heritage - Building Our Future