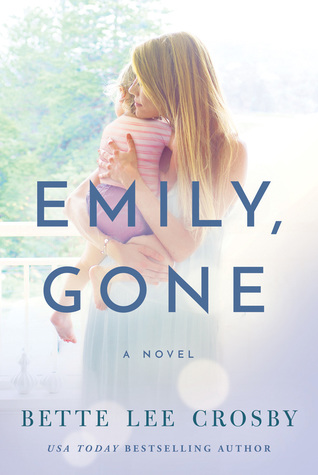 When a music festival rolls through the sleepy town of Hesterville, Georgia, the Dixon family’s lives are forever changed. On the final night, a storm muffles the sound of the blaring music, and Rachel tucks her baby into bed before falling into a deep sleep. So deep, she doesn’t hear the kitchen door opening. When she and her husband wake up in the morning, the crib is empty. Emily is gone. Vicki Robart is one of the thousands at the festival, but she’s not feeling the music. She’s feeling the emptiness over the loss of her own baby several months before. When she leaves the festival and is faced with an opportunity to fill that void, she is driven to an act of desperation that will forever bind the lives of three women. When the truth of what actually happened that fateful night is finally exposed, shattering the lives they’ve built, will they be able to pick up the pieces to put their families back together again?

The book starts forty-seven years ago in the small, fictional town of Hesterville, GA, where a music festival akin to Woodstock is about to take place at Harold Baker’s farm. The townspeople, apprehensive about the festival and the type of audience it will attract, try to prevent the festival from happening to no avail.

The Dixons live close to the farm where the festival is taking place. Rachel, George and poor baby Emily have endured several nights of loud music and very little sleep. On the last day of the festival, when the music seemed to be dying out, Rachel tucked in baby Emily in her crib and went to bed exhausted. Unbeknownst to Rachel and George, their paths were about to cross with hippies Vicki and boyfriend Russ Murphy who were driving back from the festival stoned and starved.

Vicki asks Murph to stop to get her something to eat, but when he fails to find a place that’s open late at night, Vicki convinces him to pull over by a house where she can trespass and get something to eat. Although Murphy is initially not on board with the idea, he agrees to it as long as Vicki can go in and out of the house without raising anyone’s attention. When Vicki enters the Dixon family’s home, she finds a lot more than food, and a crime of opportunity presents itself in a way that will change the course of the Dixon’s and Vicki’s life forever.

I loved this book. As much as I hated Vicki, I could also understand her pain and where she was coming from as a woman and a mother. Things are never as simple as they seem and this book will have you question your preconceived notions on this topic.

This book is a page-turner that had me crying. The theme of this book is every parent’s worst nightmare, and Crosby did a fantastic job of telling such a compelling story with love and compassion. A heart-wrenching, beautiful story about forgiveness and ultimately love.

Emily, Gone is scheduled to be published on April 30th, 2019. I want to thank the author for providing me a free copy of the book in exchange for my honest opinion. 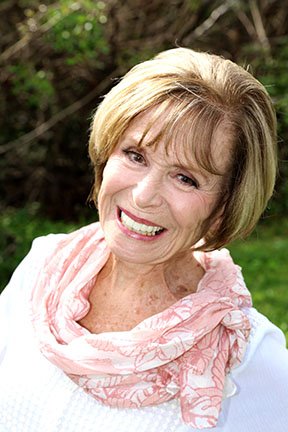 Bette Lee Crosby is the USA Today bestselling author of twenty novels, including The Twelfth Child and the Wyattsville series. She has been the recipient of the Reader’s Favorite Gold Medal, Reviewer’s Choice Award, FPA President’s Book Award, and International Book Award, among many others. Her 2016 novel, Baby Girl, was named Best Chick Lit of the Year by the Huffington Post. She laughingly admits to being a night owl and a workaholic, claiming that her guilty pleasure is late-night chats with fans and friends on Facebook and Goodreads. The Summer of New Beginnings, published by Lake Union, Took First Place in the Royal Palm Literary Award for Women’s Fiction and was a runner-up for book of the year. The sequel, A Year of Extraordinary Moments, is now available.

One thought on “Emily, Gone by Bette Lee Crosby”