When her father falls into a coma, Indian American photographer Sonya reluctantly returns to the family she’d fled years before. Since she left home, Sonya has lived on the run, free of any ties, while her soft-spoken sister, Trisha, has created a perfect suburban life, and her ambitious sister, Marin, has built her own successful career. But as these women come together, their various methods of coping with a terrifying history can no longer hold their memories at bay. Buried secrets rise to the surface as their father—the victim of humiliating racism and perpetrator of horrible violence—remains unconscious. As his condition worsens, the daughters and their mother wrestle with private hopes for his survival or death, as well as their own demons and buried secrets.Told with forceful honesty, Trail of Broken Wings reveals the burden of shame and secrets, the toxicity of cruelty and aggression, and the exquisite, liberating power of speaking and owning truth.

Trail of Broken Wings is a beautifully written novel about a horrible topic–domestic abuse. I personally don’t gravitate towards books that deal with abuse, domestic or sexual. However, Trail of Broken Wings was recommended to me by a dear friend and I’m so glad I gave it a chance. The book tells the story of an Indian family living in America. The chapters alternate between the accounts of the three sisters and the mother. Marin, the oldest daughter and the overachiever of the family, Trisha is the middle child and the beloved one, and Sonya the youngest of the sisters. Each one of them recounts their lives, their memories, their abuse under the hands of their father, and how they have come to cope with it. I loved Badani’s writing. She makes it almost easy to read about domestic abuse because her prose is so beautiful.

“Heroes are not born or created. They become so in the passing moments of life. When something or someone demands you be more than you have been, when you must put aside your own needs and what is best for you to fight for another, no matter the cost. The past, the day-to-day living becomes irrelevant. All that matters is that instant when the ticking of the clock is louder than an ocean’s wave hitting the rocks, when time does not stand still, but slows, every second longer than the last one. This is when the decision becomes the only thing you can hear and see. When the choice falls out of your hand and fate intervenes. When your life is no longer yours but conjoined with another’s, each dependent upon the other to survive and thrive.”

The book has some description of violence but it is not too graphic. My only complaint about this novel was the ending. It felt rushed and unrealistic. Overall, it is a beautifully written book.

3 thoughts on “Review: Trail of Broken Wings by Sejal Badani” 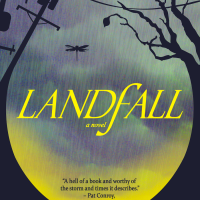 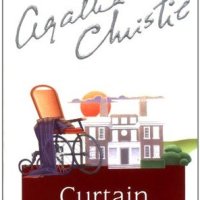