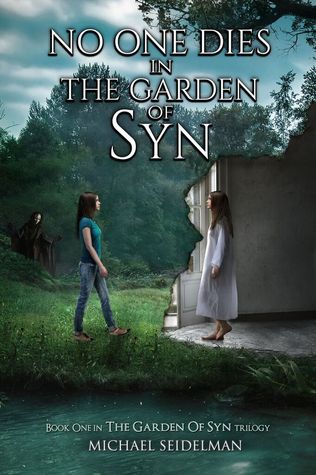 Synthia (Syn) Wade is a teenage girl who struggles with cystic fibrosis, an incurable life-threatening disease. One day she is pushed into a pond by an unseen figure and wakes up in a new world – a mysterious garden where illness and death don’t exist. Welcomed by the garden’s residents and now free of her symptoms, Syn decides to stay. But, before long, she realizes that this apparent utopia holds many dangers and dark secrets. Surrounding the garden is a fog that Syn is warned never to enter. She encounters bizarre creatures that defy reason. And always lurking in the shadows is a masked woman – a woman who may have a connection to the disappearance of Syn’s parents many years ago. A woman whom no one will speak of, but whom everyone fears. While No One Dies in the Garden of Syn, She will soon discover that some fates are worse than death.

Cystic Fibrosis (CF) is a very serious and somehow personal topic for me. My beloved cousin died at the age of 24 of this incurable disease, and I remember her struggles from diagnosis until her death. When I was offered this title, I jumped right away at the opportunity to read and review this book. I felt that the premise of the book was great, and I was really curious about how the author was going to develop this story. I have to say that I was quite disappointed with this book.

The Novel starts with Syn (for Synthia) Wade, a teenage girl struggling with CF who one day is looking at this pond in her backyard when she is suddenly pushed in the pond by an unseen figure and wakes up in this alternate world–a mysterious garden where no one is sick and illness and death do not exist. One of the things I felt that worked for me in this novel was Syn’s character development. I think the author did a great job at depicting her struggles with the disease. The story itself is confusing and a bit slow moving for me. I love fantasy books, and I have no problem with the concept of alternate worlds, parallel universes, and so on, however, this is a concept that can be tricky and not always works well. Most of the book is extremely vague and you get the sense that questions will be provided by the end of the book. In fact, the reader does get some of these questions answered, but overall it remains a confusing story.

I’d like to thank YA Bound Book Tours for providing me a free copy of this book in exchange for my honest review.

When Michael was growing up, his passions were reading, watching movies, enjoying nature and creative writing. Not much has changed since then. Working in Online Marketing for over ten years, Michael felt it was time to pursue his passion as a career and wrote the first book in The Garden of Syn trilogy.Getting up every morning and sitting down to create new characters and bring new worlds to life is the most fulfilling job he’s have ever had. He is currently writing the second book in The Garden of Syn series and, beyond the trilogy, has many ideas plotted out that he looks forward to sharing with the world!

Michael was born in Vancouver, BC Canada where he continues to reside.

Any thoughts?📚
🇺🇸 Happy 4th of July to my peeps in the US! 🇺🇸 Happy Thursday to everyone else! 📚 🍔 🏊‍♀️
#owlcrate 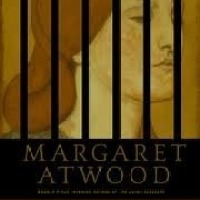 © A Wondrous Bookshelf, 2015-2019. Unauthorised use and/or duplication of this material without express and written permission from this blog’s author and owner is strictly prohibited. Excerpts and links may be used, provided that full and clear credit is given to A Wondrous Bookshelf with appropriate and specific direction to the original content.

A Wondrous Bookshelf is licensed under a Creative Commons Attribution-NonCommercial-ShareAlike 4.0 International License.
The Frugal Crafter Blog

Honoring Our Heritage - Building Our Future