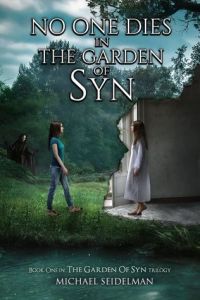 Synthia (Syn) Wade is a teenage girl who struggles with cystic fibrosis, an incurable life-threatening disease. One day she is pushed into a pond by an unseen figure and wakes up in a new world – a mysterious garden where illness and death don’t exist. Welcomed by the garden’s residents and now free of her symptoms, Syn decides to stay. But, before long, she realizes that this apparent utopia holds many dangers and dark secrets.Surrounding the garden is a fog that Syn is warned never to enter. She encounters bizarre creatures that defy reason. And always lurking in the shadows is a masked woman – a woman who may have a connection to the disappearance of Syn’s parents many years ago. A woman whom no one will speak of, but whom everyone fears. While No One Dies in the Garden of Syn, Syn will soon discover that some fates are worse than death. 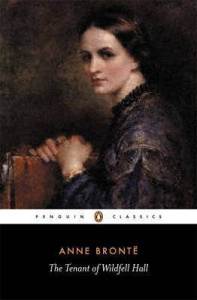 Gilbert Markham is deeply intrigued by Helen Graham, a beautiful and secretive young widow who has moved into nearby Wildfell Hall with her young son. He is quick to offer Helen his friendship, but when her reclusive behavior becomes the subject of local gossip and speculation, Gilbert begins to wonder whether his trust in her has been misplaced. It is only when she allows Gilbert to read her diary that the truth is revealed and the shocking details of her past. Told with great immediacy, combined with wit and irony, The Tenant of Wildfell Hall is a powerfully involving read. Introduction by Steve Davies

Malcolm Graves lives by two rules: finish the job, and get paid. After thirty years as a collector, chasing bounties and extinguishing rebellions throughout the solar system, Malcolm does what he’s told, takes what he’s earned, and leaves the questions to someone else—especially when it comes to the affairs of offworlders. But his latest mission doesn’t afford him that luxury. After a high-profile bombing on Earth, the men who sign Malcolm’s paychecks are clamoring for answers. Before he can object, the corporation teams him up with a strange new partner who’s more interested in statistics than instinct and ships them both off to Titan, the disputed moon where humans have been living for centuries. Their assignment is to hunt down a group of extremists: Titanborn dissidents who will go to any length to free their home from the tyranny of Earth. Heading into hostile territory, Malcolm will have to use everything he’s learned to stay alive. But he soon realizes that the situation on the ground is much more complex than he anticipated . . . and much more personal.