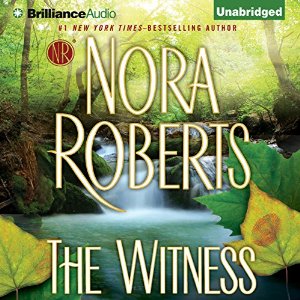 Daughter of a cold, controlling mother and an anonymous donor, studious, obedient Elizabeth finally let loose one night, drinking too much at a nightclub and allowing a strange man’s seductive Russian accent to lure her to a house on Lake Shore Drive. The events that followed changed her life forever. Twelve years later, the woman now known as Abigail Lowery lives alone on the outskirts of a small town in the Ozarks. A freelance programmer, she works at home designing sophisticated security systems. Her own security is supplemented by a fierce dog and an assortment of firearms. She keeps to herself, saying little, revealing nothing. Unfortunately, that seems to be the quickest way to get attention in a tiny southern town.The mystery of Abigail Lowery intrigues local police chief Brooks Gleason, on both a personal and a professional level. Her sharp, logical mind, her secretive nature, her unromantic viewpoints leave him fascinated but frustrated. He suspects that Abigail needs protection from something, even if he doesn’t know what – and that her elaborate defenses hide a story that must be revealed. Accustomed to two-bit troublemakers, Gleason is about to walk into the sights of very powerful and dangerous men. And Abigail Lowery, who has built a life based on security and self-control, is at risk of losing both.

I’ve been a long time fan of Nora Roberts, but I’m also one to admit that throughout the years some of her books have fallen a bit short in my opinion. Since I devour books in pretty much any shape or form, and since I listen to audiobooks quite often, when I found The Witness by Nora Roberts in audio format I decided to give it a try.

This is the story of Elizabeth (Liz) Fitch, a sheltered daughter of a famous surgeon in Chicago. When precocious Liz decides to rebel against her controlling mother, she decides to live like a normal teenager. Out on the town with her friend, Liz finds herself at the hottest nightclub in Chicago where she meets a mysterious and seductive Russian and when Liz witnesses a murder she must go into a witness protection program, changes her name to Abigail Lowery and spends the next twelve years hiding as a freelance programmer.

I’d like to start by saying the things about this novel that worked for me. The first part of this book was fast-paced and interesting. I liked the premise of the book and I actually had a hard time turning the audio off. I was very pleased with the narration. Julia Whelan is a prolific narrator who has done a great job narrating many novels. Her ability to use different accents both regional and international was really impressive.

Unfortunately, the problem with this novel is that at half-way through the story, the book loses its oomph, its momentum. The story gets stuck in a plot that is unrelated to the original interesting plot. It becomes about the life of this small town in Arkansas–and sorry for the honesty, but it’s just flat-out boring. The novel manages to go back to the original plot towards the end but only to conclude in a predictable end. As for the characters, I love strong, intelligent female characters, but unfortunately there is something quite annoying about a character who has to remind us every other sentence how smart she is. Actually, it is pretty hard to relate to Liz/Abigail. She is so perfect that at times she comes off as a cross between a robot and a Stepford wife. The character of Brooks Gleason is bearable and a bit more likable of a character, but far from being an original one. I couldn’t brush off the feeling that I had read Gleason in another book, under another name. Overall, I just wasn’t very impressed.